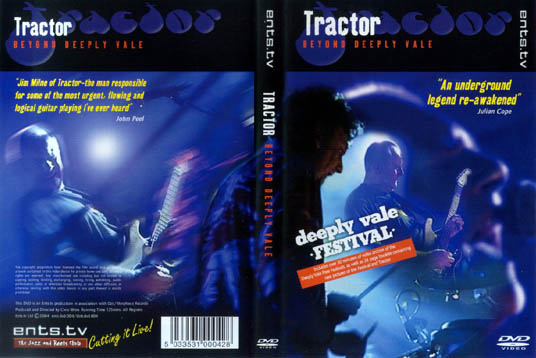 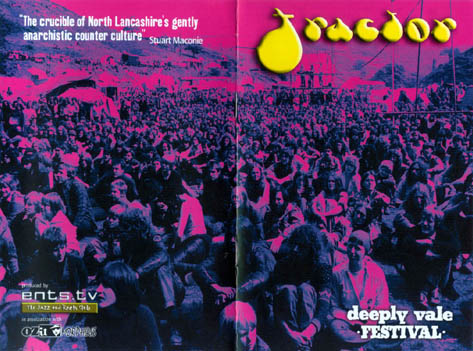 Deeply Vale And Beyond 30-Minute Documentary
Deeply Vale - The Festivals - Including Extracts From The Trend, Fast Cars, Misty In Roots And Other Bands Now And Then, Including Colour Footage Of Andy Burgoyne, Dave Edwards And Eddie Kledjys 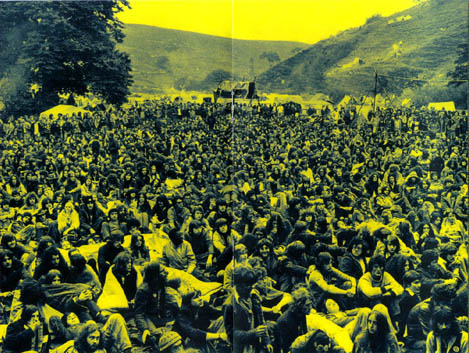 It's a difficult thing these days - so many bands that you worshipped in your youth are either still going or reforming, often with mixed results. Sometimes it's bad enough having to listen to them try to recapture that old magic, but, when you consider age, looks and visual impact, even worse - having to watch them do it - I'm no oil painting, but I've seen enough DVDs recently of ageing (and not so ageing) rockers that, without a good light show, stage show or visual impact, just leave you empty inside watching a bunch of old me recreate their youth.

Tractor are no oil paintings either - but, hell, this is good stuff - I mean, seriously good stuff. First off, content. It's long - very long - two and a quarter hours. You get two concerts. Both are the band playing live in 2003, one at the tail end of the year, the other in the beginning. After that you get archive footage of the band's history, a photographic look-back at the Deeply Vale Festival itself, a promo video of the band, the band playing live on a return visit to Deeply Vale in 2003 and more.

But it's the concert footage that is the meat of the DVD. Shot professionally, the quality of music and visuals is superb - great sound for sure. The first thing you notice is how much guitarist Jim Milne looks like Clive James, and you realise you're into ageing rocker territory, but it's OK - I didn't mind that a bit. Drummer Steve Clayton is behind this arsenal of drums and percussion, and his looks don't really come into it as his playing performance throughout is addictive. So, lights, picture quality, visuals - all OK - then the next shock. You realise pretty soon on that the tracks you knew and loved from the seminal self-titled album that John Peel eulogised all those years ago - many of which are here - are being performed on an acoustic guitar. Just as you think it might turn into an electric fest, no such luck, however, there's something more to surprise you: it works and it works superbly. Milne's lost none of his vocal prowess and, unusually but most welcomingly, it sounds pretty close to the vocal performance, as evidenced on the original album. It's the interpretation here of those tracks, and the passion with which they are delivered, not to mention the awesome drum and percussion work of Clayton, that keep you hooked to the performance - not sure you'd be hooked so much if you didn't know the albums first, but then you probably wouldn't buy the DVD first, so, again, immaterial.

Through the delights such as 'All Ends Up', 'Little Girl In Yellow', 'Make The Journey' and more, it's a riveting little concert, visually and sonically. But the next one, repeating tracks admittedly, from the end of the year, is even better. Milne "goes electric" a lot sooner this time, and halfway through they are joined by a female hand drummer that provides extra rhythmic force and some superb drumming duelling on this concert's 'Make The Journey'. Overall, if the first one was the starter, this is definitely the main course, as the band show they really have lost none of their magic. This is a DVD I will watch again, pure nostalgia trip admittedly, but it works and that's the point.

The archive and promo footage is, as in most cases, seriously interesting first time around, but I'm not sure you'd want a repeat watch. But, overall, it's a DVD worth every penny if you're a Tractor fan, and, if you're not, then you really need that album called 'Tractor' in your life - one of the few albums of its time by a little-known band that truly does deserve the status "legendary".