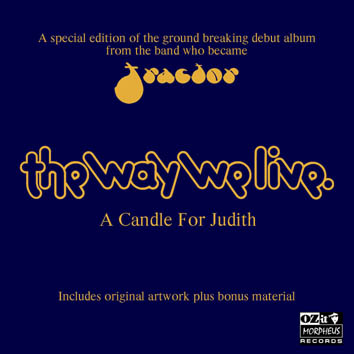 A re-release from a band that became, at Mr. Peel's suggestion, Tractor, when he signed them to his Dandelion label in the early 70s. So it's only right and proper that when we asked Mr. Peel what he thinks of this stuff he said: "Music of such power, skill and exuberance, that I dropped my veggie samoosa". All true, apart from the samoosa bit that I made up! Anyroad, the old boy was impressed, and while I haven't dropped my pint in shock ‘n awe, I'm getting off on stuff like 'King Dick II' that sounds like some really ace Sabbath riffery raging around a low-tech studio, and I'll tell you what - that Jim Milne bloke can really play that guitar, and the refreshing thing about this set is the sheer variety! They slip through extended Led-Sabbath style guitar workouts to medieval country ballads like ‘Angle’ to a superior take on the British blues fluidity on 'Storm'; like I said the boy can play!

There's so much inferior retro rock bollocks around at the moment, so why not grab the real deal? In the shops now!